Steven Smyth is an inspiring individual who commits his passion for running into an opportunity to give back.  Over the past 3 years, Steven’s journey has seen him run incredible distances from 5K to 50K in order to raise money for charity. 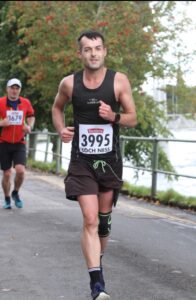 “I chose SSF as I can relate to the work they are trying to achieve and understand the goals and challenges the service users may face.”

Steven initially chose to get back into fitness and running to keep a clear head, stay active, and to get out of the house. From here his 3-year running and fundraising journey, from 5K to 50K began.

Identifying an emotional connection to the stories of cancer diagnoses he had heard over Facebook, from friends and within the workplace, Steven fueled his motivation to run his first half marathon, raising £320 for the Beatson Cancer Charity. At his first marathon in Stirling, Steven was coached by former world champion and Olympian Liz McColgan who still to this day provides him with motivational support and nutritional advice. During this event Steven raised £350 for Help for Heroes.

Steven is now a brand ambassador for SSF and member of the online running community, Runspire.  Reaching 50K for the 3rd time this year, his running and fundraising achievements are an inspiration to everyone! Although challenging, Steven outlines the positives that can be gained from fundraising.

“Fundraising can be challenging, especially during unprecedented times when people can’t afford to donate but the reward, sense of achievement and satisfaction I get is amazing.” 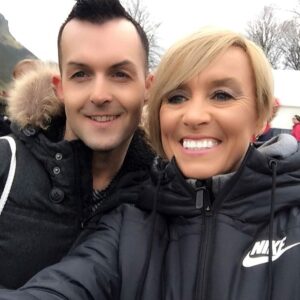 “I chose this charity as the funds raised helped a former wounded soldier follow his dream of becoming a Paralympian, I feel honoured and privileged to be a part of his journey.”

SSF would like to celebrate the achievements of Steven Smyth and show our gratification for his commitment to the charity. If you would like to donate, please click the JustGiving link here. No donation is too little and all funds raised on behalf of Steven will aid SSF in our own journey of changing lives through sport.

Keep an eye out on our social media for updates on how Steven gets on in the London Marathon next year!